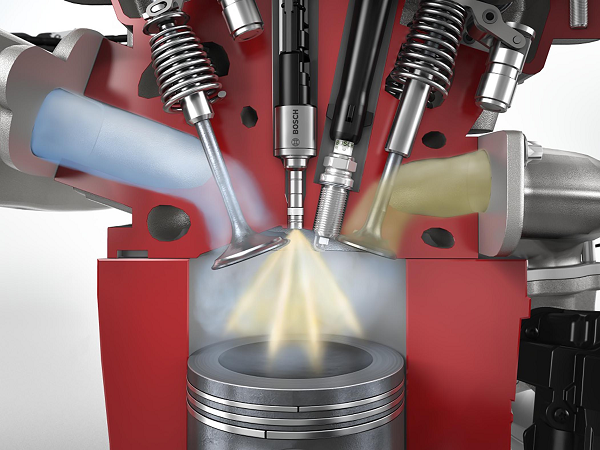 When upgrading to a newer BMW many of our customers like to look at the newer turbo charged models that have now been in the market for a while and offer great performance for a reasonable purchase price in the used car market. Yes, the turbos add horsepower and improve performance which people know to expect. What isn’t expected is the power and efficiency from the direct injection fuel system.

BMW released their first slew of turbo and direct injection engines to help them deal with the new government regulated Corporate Average Fuel Economy (C.A.F.E.) requirements. This regulation forced BMW to squeeze as much fuel economy out of their engine designs while maintaining performance levels high. This meant adding direct fuel injection and turbos to get more power out of smaller displacement engine with less cylinders. BMW was now producing direct injected turbo 6 cylinder engines to replace their V8 engines and 4 cylinder direct injection turbo engines to replace their inline 6 engines. By upgrading to direct injection BMW got about a 10% increase in fuel economy over traditional port injection out of their engines.

Port Injection uses an electric fuel pump located inside your BMW’s gas tank to pump gasoline towards the fuel rail in your engine bay in the front of your vehicle. In the engine bay the fuel rail is pressurized to 60 PSI and once pressurized your fuel injectors will spray fuel into each cylinder’s intake port. As the intake valve opens fuel gets sucked in through vacuum into the combustion chamber and is mixed with air ready to be combusted with spark from the ignition system. On the other hand direct injection requires more than one fuel pump. Sometimes as many as three fuel pumps are needed to pressurize the fuel rail up to 2,000 PSI. Then the special fuel injectors spray this high pressure fuel directly into the combustion chamber which is more efficient than port injection.This added efficiency allowed BMW to run more boost through the engine along with better fuel economy when the car isn’t being driven spiritedly.

Direct injection gave BMW engines many benefits, but it also added complexity to the fuel system. Going from 60 PSI to 2,000 PSI means that fuel pumps and injectors are working much harder and under more strain which leads to them needing maintenance more frequently. The high pressure fuel pumps need to be changed out more often as they age they aren’t able to maintain pressure and your engine will run poorly. Injectors have to retain those 2,000 pounds of pressure until they are commanded to fire fuel directly into the combustion chamber where they also experience extreme temperatures. This is a lot to ask out of an injector and in time as they wear the injectors won’t be able to hold that pressure and need to be changed as well.

Direct Injection along with turbo charging brought BMW engines into the next level of performance and fuel economy. As these technologies were introduced over a decade ago BMW models equipped with engines that feature direct injection and turbos have become more affordable in the used car market. It is important to consider that there is added maintenance in exchange for the added fuel economy and horsepower.

Tap to Call
Share this ArticleLike this article? Email it to a friend!
Email sent!